Solas Nua was founded in 2005, to bring the best of contemporary Irish arts to Washington D.C. 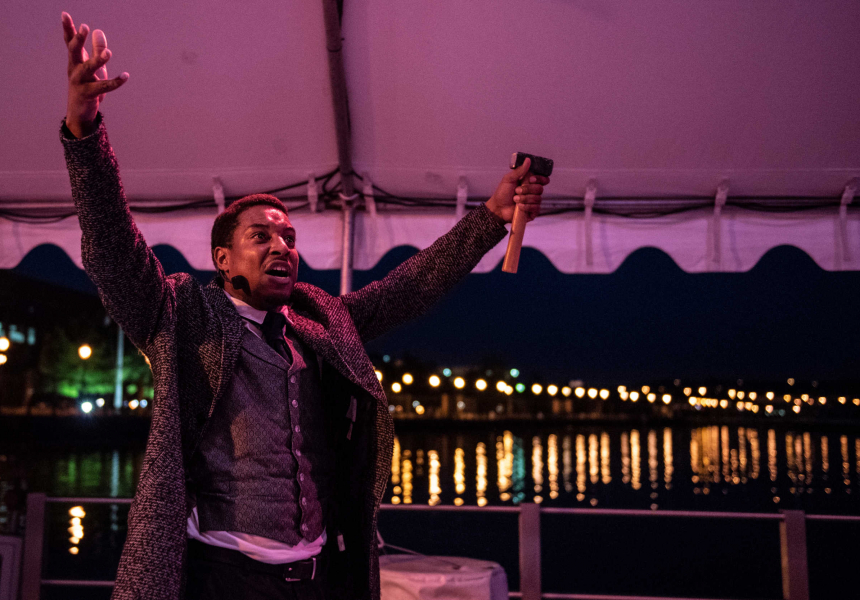 Situated in the nation’s capital, Solas Nua has since become renowned for its innovative programming; commissioning, producing and presenting thought-provoking work throughout the year.

For over fifteen years, Solas Nua has presented audiences with an exciting mix of contemporary Irish theatre, music, dance, visual arts, film and literary events.  We are the recipient of the D.C. Mayor’s Arts Award for Innovation in the Arts and have earned multiple Helen Hayes Awards and nominations.

Our first theatre production, Disco Pigs, introduced Enda Walsh to D.C., and when we remounted the play Off-Broadway at 59E59 in 2008, we became the first company to premiere this significant piece of work in New York City. The entire run sold out, with a rave review in The New York Times, and later landed Solas Nua on the cover of American Theatre Magazine. Our theatre programming continues to collect accolades, and with our innovative productions like The Frederick Douglass Project (2018) and The Smuggler (2019), we have been listed by The New York Times and The Washington Post as “the best theatre productions of the year.”

Solas Nua’s literary program, particularly our fan-favorite Irish Book Day, has become the primary source for Irish writers to find new audiences in D.C. The Washington Post regularly names Irish Book Day as one of “The Best Things To Do for St. Patrick’s Day.”

The Capital Irish Film Festival (CIFF) is an annual event that brings together thousands of viewers to celebrate new Irish cinema and film-makers. CIFF celebrated its fifteenth anniversary in 2021, and along with our monthly free film series, Solas Nua has enshrined a love of Irish film for an expanding audience.

Solas Nua is not bound by four walls, but rather works in a multitude of site-specific spaces, each carefully chosen to suit the content of the work. We partner with other organizations, venues, and spaces around Washington D.C. and across the U.S. to present our work, seeking meaningful relationships in our community. We have championed and raised money for local organizations such as homeless shelters, immigrant and asylum seekers, health care for underserved populations and programs for youth and adult literacy. We have presented work in theatres, galleries, bookstores, bars, churches, car parks, a floating pier, the great outdoors, a swimming pool and of course the borderless space that is online.

Washington City Paper confirmed that “Solas Nua arguably puts on the best site-specific theatre in DC.” Our nomadic style allows us to be versatile, flexible, and able to bring our award-winning work to unexpected and surprising locations. We thrive on crossing borders, sharing our work across ethnic and economic lines.

Back to About
ABOUT SOLAS NUA
SUPPORT US