The December Poetry Book Group will be meeting via Zoom

The Darkness of Snow is Frank Ormsby's most varied and versatile collection to date. It includes three substantial sets of poems whose themes are refreshingly and sometimes painfully new. One is a suite of poems  – sombre, good-humoured, flippant – about the early stages of Parkinson's Disease. Ormsby was diagnosed as having the disease in 2011. Another was prompted by the work of Irish painters in Normandy, Brittany and Belgium at the end of the 19th century.

There are also further explorations of his boyhood years in Fermanagh, while poems set in Belfast reflect the aftermath of the Troubles and celebrate the city's current phase of recovery and restoration. The book ends with a narrative poem about the trial of an unnamed tyrant in which we learn about the Accused (as he is called), about the villagers who have travelled to bear witness to the atrocities carried out in the village, and about one of the interpreters, who understands the slipperiness of Truth.

The Darkness of Snow covers work written since Frank Ormsby’s retrospective, Goat’s Milk: New & Selected Poems (2015). His broad range and eye for the particular combine to make this an exceptional collection.

"The Poetry Book Society Selectors write that Frank Ormsby's poems about Parkinson's Disease (included in The Darkness of Snow) combine ‘defiance with realism and fact with a fearless black humour that flinches from not the slightest detail… This is a sequence of wry, strident and marvellously undaunted poems."
— Tim Liardet and Vona Groarke, PBS Bulletin

"To describe Frank Ormsby's The Darkness of Snow as wide-ranging would be something of an understatement, for this collection amounts to a surprisingly vast and deeply engrossing journey acorss the peripheries of the human condition... a deeply lyrical yet utterly unostentatious collection. Although we live in a world riddled with uncertainty, this can be warmly recommended without the slightest equivocation."
— Malcolm Bradbury, Acumen

"Ormsby has found his place and time in The Darkness of Snow.  Ecological and political, personal and historical, these are songs of reconciliation by a poet who was always, in fact, a generous maker of his own peace processes, and exceptionally wise in the art of being human."
— Carol Rumens, PN Review

"… The Darkness of Snow’s dark heart beats strongest in two closing sequences which help elevate it to a collection of extraordinary worth."
— Martin Malone, Poetry Ireland Review

"Frank Ormsby’s multi-stranded new collection, The Darkness of Snow, ranges over five parts, each composed of thematically connected poems or sequences… Ormsby brings humour and lightness of touch to his personal writing, and lifts the darkness of snow at apt moments throughout the collection."
— Carol Rumens in her Poem of the Week column on The Guardian website.

"Ormsby’s generosity pervades this book not only in the sequences, but also in the other delicate, graceful, individual lyrics which fill the book with precision and insight."
— Ian Pople, The Manchester Review

"Frank Ormsby has had a long and illustrious career in northern Irish letters… With the publication of his latest '70th birthday' collection, The Darkness of Snow, it’s easy to see why: here is a book teeming with wisdom and good humour, a book that combines formal dexterity with verve and wit… the fourth [section], The Parkinson’s Poems, is notable for its profound and often funny meditations on the nature of the condition, following Ormsby’s recent diagnosis.  Yet it’s the closing narrative poem, The Willow Forest, which might be the book’s masterstroke. Taking as its subject the aftermath of an unspecified war, it presents us with a cast of depersonalised characters… and leads us in an entirely unexpected direction, reminiscent of the work of Zbigniew Herbert."
— Tara McEvoy, The Irish News

"“Fervour” seems an apt description for what Ormsby has been undertaking in his lifelong commitment to poetry. He has written – quietly, diligently and effectively – for more than 40 years now. His first full collection, A Store of Candles, was published in 1977 and The Darkness of Snow marks the latest chapter in that “mad desire” to pursue perfect poems."
— Pól Ó Muirí, The Irish Times

"Frank Ormsby belongs to that extraordinary generation of Northern Irish poets which includes Ciaran Carson, Medbh McGuckian, Paul Muldoon and Tom Paulin. He is a poet of the truest measure… From his earliest work Ormsby has favoured a natural shapeliness… A plain-speaking, down-to-earth utterance may be the norm, but it teeters on the verge of taking flight, and sometimes gives way to an exquisitely refined lyricism."
— Michael Longley 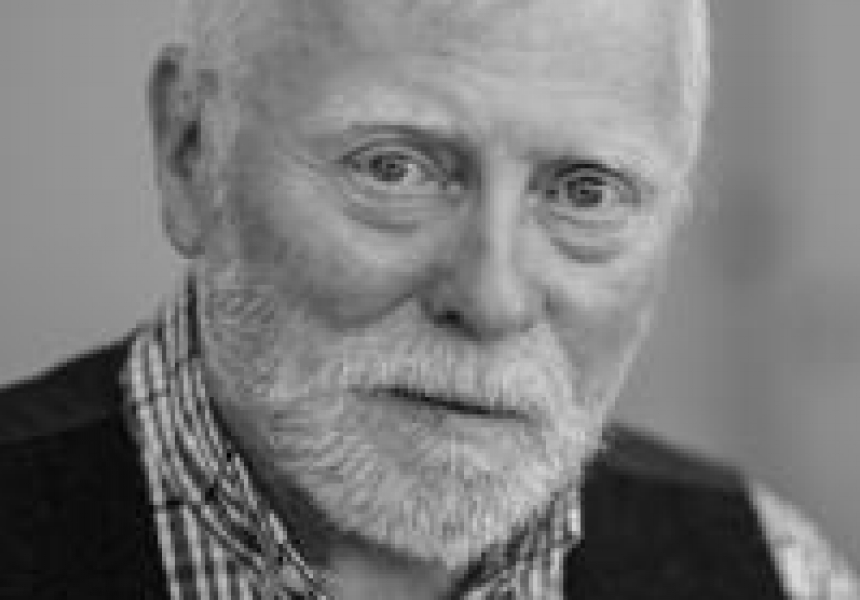 About the Author
Frank Ormsby grew up in rural Enniskillen in County Fermanagh, Northern Ireland. He was educated at St. Michael’s College and Queen’s University in Belfast and influenced by Seamus Heaney. His poetry collections include The Darkness of Snow (2017), Goat’s Milk: New and Selected Poems (2015), Fireflies (2009), The Ghost Train (1995), A Northern Spring (1986), and A Store of Candles (1977).

His honors include a Lawrence O’Shaughnessy Award for Poetry from the University of St. Thomas at St. Paul, Minnesota, and a Cultural Traditions Award given in memory of John Hewitt. Ormsby taught at the Royal Belfast Academical Institution from 1976 until his retirement in 2010. He lives in Belfast.