The February Poetry Book Group will be meeting via Zoom

John McAuliffe’s Selected Poems begins with poems of the senses, of place, of childhood memories from Kerry, and of calendar and life events. These early poems are often personal, a note maintained among later, broader perspectives. One constant throughout the Selected is that McAuliffe views his subjects with one eye toward the ordinary and the other toward what is distinctive and often surprising in it. In recent volumes, in poems grounded in Manchester, where he lives and works, there is a more cosmopolitan, indeed global feel to the poems, though he never loses respect for the ironic and local. In this regard, he is Horatian: poems justify the labor of the poet’s life within the margins of the poem itself, and the objects that occupied his early poems continue to occupy his later work. For all the changes in perspective which age and emigration may have brought, he observes the “remaining vase coolly at home up there where it had been forgotten.” The poet remains, like the blackbird, “a creature of its mid-air qualms, / its clustered notes and afterthoughts and here-I-ams.”

“John McAuliffe’s Selected Poems are a map of the places where the imagination meets observation, readers invited to travel further into questions of love and attachment than they ever would alone… Clear voiced and lyrical, McAuliffe’s poems have weight without heaviness, and shade with-out darkness.”
— Nicholas Allen, author of Ireland, Literature, and the Coast: Seatangled

“ [McAuliffe] displays an ability to write public poems about Ireland using tones filled with keen wit, and using cadences, forms, and rhythms that have a time-less beauty and grace.”
— Colm Tóibín, author of The Magician

“For all the amiable good humour of the voice of these poems, they never stray far from the things that really matter in a modern life. The domain of the imagined is always at the service of the world we know, to cast light on it.”
— Bernard O’Donoghue, The Irish Times

“McAuliffe’s complicated, quizzical, lucid relationship with domesticity situates his speakers in simultaneous comfort and discomfort; these are poems that mine the quotidian and rise, wittily and without an ounce of pretension, to the symbolic.”
— Daisy Fried, author of The Year the City Emptied

“McAuliffe’s gift is to be mindful of elsewheres. He swerves to effect: his shrewd sideways and backwards glances count, pouring light on a subject from several directions simultaneously. Any given moment is likely to be underpinned by what went on before or what is to come. He knows the power of parallel universes.”
— Kate Kellaway, The Observer 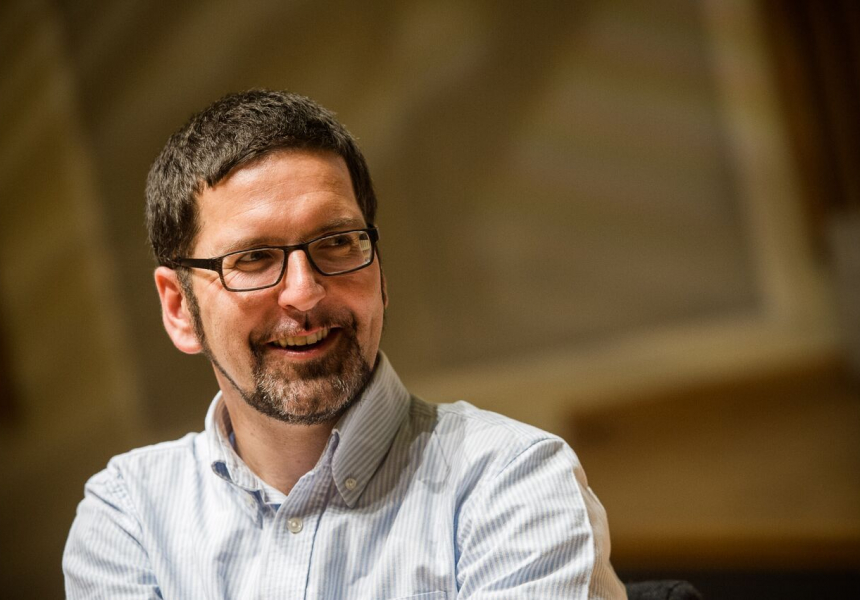 About the Author
John McAuliffe grew up in Listowel, County Kerry. He studied English and Law at NUI Galway, and taught at a number of universities in Ireland, the UK, and the US, including Southern Illinois University at Carbondale and Villanova, where he held the Heimbold Chair in Irish Studies. He now lives in Manchester, where he is Professor of Poetry at the University of Manchester and Associate Publisher at the independent poetry press Carcanet.