We Are The Makers: Episode Six - Olwen Fouéré

We Are The Makers
and The Dreamers of Dreams

Commissioned by Solas Nua, We Are The Makers is a long-form audio documentary series that focuses on the work of contemporary Irish artists and their practices. Built around extensive interviews with some of Ireland’s most eminent artists, these quarterly transmissions are part portrait, part diary, travelogue and soundscape. With the makers as our guide, these are deep-dives into back catalogues and entire bodies of work.

Dispatches from the eye of the hurricane and heart of the matter.

In the sixth and final episode of the series, presenter Dónal Dineen meets one of Ireland’s most important contemporary theatre and performance artists, Olwen Fouéré, an artist known for her remarkable and often physical performances. Fouéré - whose extensive practice navigates theatre, film, the visual arts, music, dance theatre and literature, speaks with Dónal about her multidisciplinary career and creative journey. He meets her at home in Dublin for an extended conversation on the extent of her singular voyage through a plethora of significant theatrical productions and different art forms across countries and continents.

We find out about her life before she found acting and the immediate impact that discovery had on her in the early days, through the innovative work of Focus Theatre and immersion in the fertile atmosphere of the Project Arts Centre. There are insights into how she expanded her practice and sated an ever-present thirst for experimentation by sharpening her acting tools and developing significant new strands through collaboration with composer Roger Doyle and the formation of the Operating Theatre company and music group.

We hear her thinking behind the subsequent formation of another artistic entity called TheEmergencyRoom for projects ‘in need of immediate attention’, in order to provide a virtual holding space for the development of art-based ideas, relationships and performance contexts. One of the first projects to be developed by TheEmergencyRoom was Riverrun which was Olwen’s own adaptation and performance of the voice of the river ‘Life’ in James Joyce’s Finnegan’s Wake. We take a deep-dive into the genesis and development of this ground-breaking idea which captivated audiences and critics worldwide. Along the way we find out about her love for dance and cinema and how she has carved a space for herself in both those worlds as well as hearing more philosophical thoughts of how theatre works and the nature of performance.

Born on the west coast of Ireland to Breton parents Yann Fouéré and Marie-Magdeleine Mauger, Olwen Fouéré is an artist whose extensive practice navigates theatre, film, the visual arts, music, dance theatre and literature. She has received international acclaim for her work and was performer and artistic collaborator in Jesse Jones’s Tremble, Tremble which represented Ireland at the Venice Biennale in 2017.

We Are The Makers is written and presented by Irish broadcaster Dónal Dineen and produced by Ian Cudmore. Original music by Ultan O’Brien. Commissioned by Solas Nua in Washington, D.C., bringing contemporary Irish art to U.S. audiences.

We Are The Makers • Podcast Series 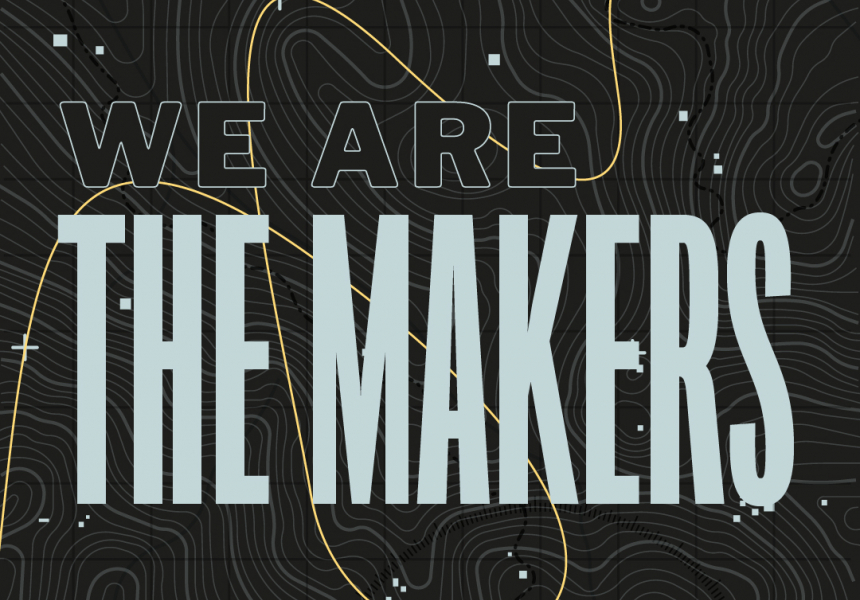 We Are The Makers: Episode Six - Olwen Fouéré