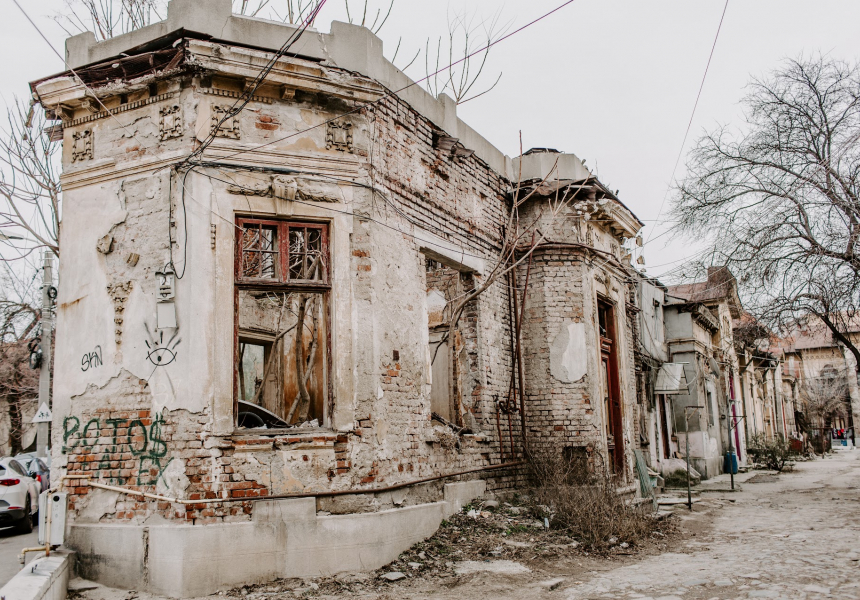 Welcome to Holy Show’s Urban Odyssey! James Joyce’s Ulysses was first published on February 2nd 1922. Exactly one hundred years later, as part of Solas Nua’s Irish Book Day, Holy Show sent four pairs of the best Irish writers & artists on their own urban voyage, in Dublin, London, Brussels and Bucharest. In cities that are thousands of miles apart, we created a simultaneous celebration of the ordinary. Get ready for a trip.

Ulysses is an overflowing but often intimidating work. Joyce never intended it to be. He believed ‘God was a shout in the street’, that there was magic in the everyday. With that in mind, we invited our voyagers to respond to his masterwork as closely or as loosely as they saw fit, to take a playful wander in the spirit of Leopold Bloom, to go out and see what shines. Joyce exiled himself from Ireland in 1904 – to evoke this aspect of the great Dubliner’s story, our Urban Odyssey features Irish writers who are either creating a new home abroad or who are re-shaping the meaning of Irishness on the Emerald Isle. They each reflected on the idea of home in an increasingly migratory and multicultural world.

With descriptive prowess and biting wit, Philip Ó Ceallaigh takes a fresh look at the palatial glory and concrete gore of Bucharest, a city built of warring creativity. Jill Crawford reflects on the meaning of home in her adopted London, and visits those places where she first laid her head in the metropolis. Colin Walsh plunges back into the city he fled during the pandemic, and finds himself longing for the stones on which he already stands. And, to cast off our adventure, Ola Majekodunmi is embarking on an Irish language odyssey across her own personal Dublin.

Tracing her journey with Gaeilge, Ola seeks the pulse of Ireland’s native tongue in the Irish capital. Joyce agonized over whether he ought to write in Irish or English. Thankfully for us, Ola can do both. For any especially intrepid readers, we even have a glossary – you might come away today with a new way of speaking as well as a new way of seeing.

Wherever you happen to be reading from, I hope you enjoy the company of these four urban wanderers. Happy travels!

Holy Show is an annual magazine that presents all flavors of life, society, and culture through the eyes of Ireland’s artists and writers.

This project is in association with the Global Irish Studies Program at Georgetown University. Kindly supported by Dennis Houlihan and Mimi Conway. 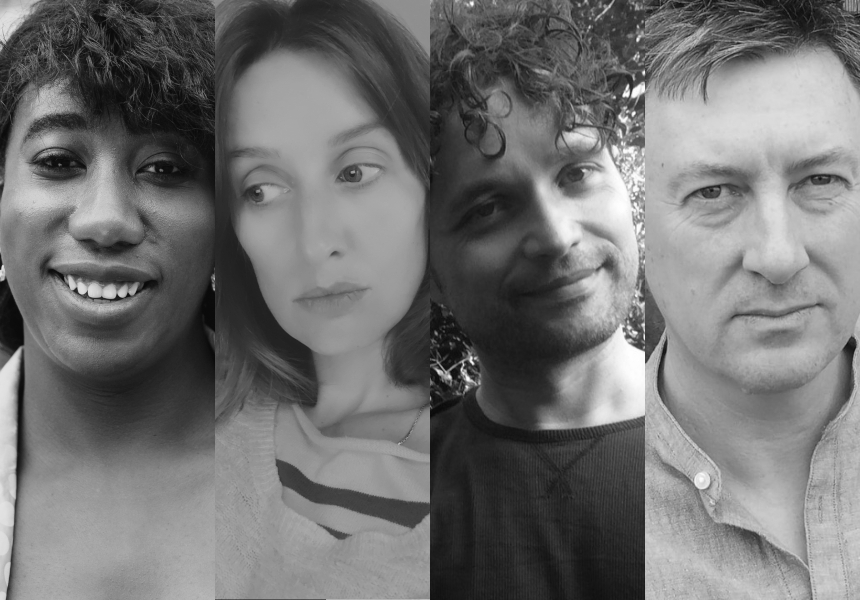 DUBLIN
Writer
Ola Majekodunmi was born in Lagos, Nigeria and raised in Dublin, Ireland. She is a broadcaster, journalist, Gaeilgeoir, and a co-founder of Beyond Representation. She also serves on the Board of Directors of Foras na Gaeilge and the Dublin Film Festival, and is a member of Galway Film Centre’s National Talent Academy Steering Committee. She has won numerous awards for her film and media work.

Artist
Jason McNerney is a Dublin-based artist and optician. He is originally from North Longford. You can find him on Twitter: @jaseomcn

LONDON
Writer
Jill Crawford is from Northern Ireland, and based in London. Her writing has appeared in America (n+1 magazine, Stranger's Guide), in Ireland (The Stinging Fly, Winter Papers), and in anthologies by Faber and New Island Books. At present, she's completing a novel, supported by Arts Council NI.

Artist
Darran Anderson is the author of Imaginary Cities and Inventory. He is currently working on a psychogeographic text and series of snapshots exploring lesser-known England.

BRUSSELS
Writer
Colin Walsh’s short stories have won several awards, including the RTE Francis MacManus Short Story Prize and the Hennessy Literary Award. In 2019 he was named Hennessy New Irish Writer of the Year. His writing has been published in the Stinging Fly, the Irish Times, and various anthologies, and broadcast on RTE Radio 1 and BBC Radio 4. He is from Galway and lives in Belgium.

Artist
Rein De Wilde is a photographer based in Brussels. For over 15 years he has been exploring the medium in different contexts and roles. Currently he is working in the photo department of LUCA School of Arts.

BUCHAREST
Writer
Philip Ó Ceallaigh is a Bucharest-based writer and translator and winner of the Rooney Prize for Irish Literature. He has published over 50 stories and has been translated into a dozen languages. His most recent collection is Trouble, from the Stinging Fly Press.

Artist
Ana Maresescu is a Freelance photographer, based in Bucharest, Romania. She has worked for F64 Studio, as a coordinator of the training and events department. Her passion for photography helped her to develop a unique series of workshops, exhibitions, dedicated articles & online interviews for the photo-video community. https://www.instagram.com/lightland_photostories/

Back to Store
ABOUT SOLAS NUA
SUPPORT US